The Seventh Sister kept a tight hold on her emotions and spoke calmly, even during combat. She favored agility over brute strength, and she had a certain level of respect for her opponents. The Seventh Sister often disagreed with the methods of the Fifth Brother; this suggested a rivalry between the two.[3] Unlike the Fifth Brother, she was tactically minded and often used cutting barbs or sarcastic comments when sparring with her opponents to put them off-guard. She would often engage her opponents in flirtatious banter, occasionally bordering on seductive, and use her probe droids in combat to distract them. The Seventh Sister also demonstrated occasional sadism and willingness to torture, as shown when she remarked that she only needed Ezra alive and not in one piece, clearly threatening dismemberment if he didn't start talking.

Like the Grand Inquisitor and Fifth Brother, the Seventh Sister wore black armor. Her pointed helmet had a retractable faceplate; this hid her yellow skin and red facial tattoos from view. The Seventh Sister's eyes were yellow in coloration; her sclera were black. The symbol of the Galactic Empire appeared on the Seventh Sister's shoulders, and the portions of her gloves that covered the palms of her hands were red.

After the death of the Grand Inquisitor, the Seventh Sister was dispatched by Darth Vader, along with the Fifth and Eighth Brothers. The Seventh Sister took it upon herself to hunt down Vader's former Jedi Padawan, Ahsoka Tano, was still alive and hoped to hunt her down.

She ambushes Ezra Bridger and Sabine Wren when they were with their companion, Garazeb Orrelios to retrieve medical supplies from an abandoned Republic hospital outpost. She only managed to take Ezra hostage while Sabine was able to escape. She sent the Fifth Brother after Sabine and hoped to use Ezra as bait to lure Kanan Jarrus and Ahsoka out, the latter in whom Seventh Sister was hunting down. Like the Grand Inquisitor, she attempts to sway Ezra to the Dark Side of the Force and revealed his master never reached the title Jedi Knight. Ezra ultimately refuses in favor of loyalty to his Master and the Rebels and the light side of the Force.The Seventh Sister tries to force Ezra into revealing where the Rebels are hiding, but he was able to resist her, especially after Sabine was captured by the Fifth Brother. Sabine, Ezra and Zeb managed to trick the two Inquisitors by pretending to call for reinforcements, along with Ahsoka and Kanan. They were ambushed by Zeb and Chopper, who freed Sabine and Ezra. The group escaped on the Phantom, despite the Seventh Sister's attempts to stop him.

Later, The Seventh Sister and the Fifth Brother were tasked in hunting down force-sensitive children and kill them with the threat of them possibly becoming Jedi. They abducted a baby girl, Alora, and attempted to kidnap another baby from the planet Takobo, but its mother had gotten it out with her droid. They soon crossed paths with Garazeb again, along with Kanan Jarrus, whom the Seventh Sister had defeated easily. However, she was soon defeated by Ahsoka, who came to help Ezra, Kanan and Zeb. However, it would be a minor defeat for the Inquisitors, because the Seventh Sister's droid later revealed where the Rebels were hiding.

When the Inquisitors arrived on where the Rebels were hiding, the Seventh Sister and the Fifth Brother crossed paths with Ezra again, who had recently saw a vision of his parents. Enraged by their arrival, the Seventh Sister goaded Ezra into fighting. However, Kanan took his blaster and shot down the control panel that activated the door and cut the Seventh Sister off from Ezra before he could engage in a duel with them.

Later, the Seventh Sister and the Fifth Brother were contacted by the Eighth Brother, who had been ambushed by Kanan Jarrus and Ahsoka Tano. They joined him on Malachor after the Eighth BRother was captured by Kanan and Ahsoka. However, the Inquisitors were overpowered with the arrivals of Ezra and Maul. She stated that the rumors were true and that Darth Maul lived, causing them to retreat. Soon, the Seventh Sister attacked Ezra and Maul and engaged in a three way duel with them. During the combat, Ezra began to fight her when Maul had Force-gripped the Seventh Sister and goaded the Jedi to strike her down and finish her off. However, Ezra refused to attack an unarmed opponent. Maul felt no such emotion and threw his double-bladed Lightsaber to the Seventh Sister. He decapitated the Sister, knowing she would kill them if left alive. Maul then told Ezra if he hesitated again like he did with the Seventh Sister, then it would cost him the lives of his friends. 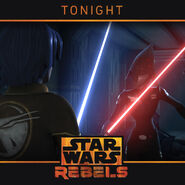 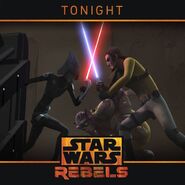 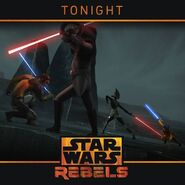 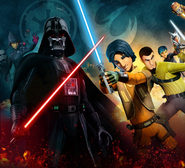