Star Wars Rebels
Chava, also known as Chava the Wise, is a minor character in the Disney XD animated series Star Wars Rebels. She is a female Lasat mystic and shaman who survive the brutal Imperial pacification of Lasan.

At some point in her life, Chava became a Lasat shaman and one of the few that survived the Fall of Lasan. She later escaped with a Lasat guardsman named Gron, and became his companion. However, they were captured by the Galactic Empire until they were freed by Garazeb Orrelios and the Ghost crew, who helped them find their way to Lira San, the Lasat's original homeworld.

After the War, Gron and Chava as well as other Lasats welcomed Zeb and his companion, Alexsandr Kallus, who was forgiven for his role in the fall of Lira San and welcomed him as one of their own. 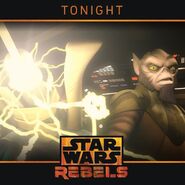 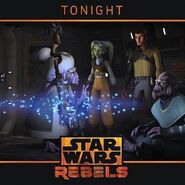